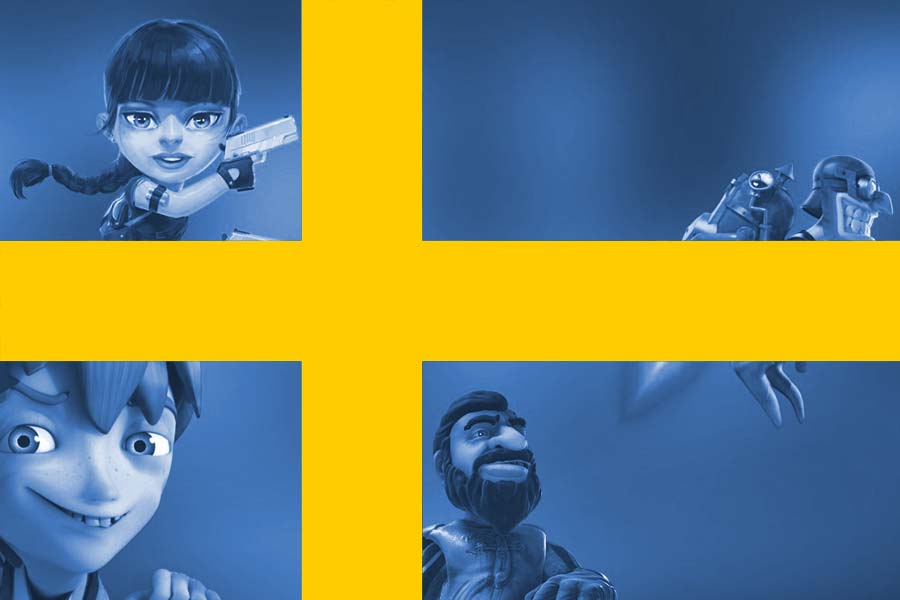 If you look into the range of slot games designed by casino suppliers, you’ll find that an increasing number are now coming from Sweden. Swedish slot suppliers have become ever more popular, all around the world, due to the simple fact that their slot games are modern, relevant, have some of the best and most advanced designs in video slots, and have increasingly fun and innovative features. One of the biggest features on these slots are the ‘free spins’ feature’, and as many slot game pro knows, the king of the free spin feature is NetEnt, one of the most popular Swedish slot suppliers around. Their popularity has now outgrown Europe and has even entered the sunny shores of South Africa.

NetEnt was founded in 1996 and became a pioneer at the start of the iGaming revelation in the mid-1990s. In 2007 the company was spun off and listed on NGM Equity and in 2009 NetEnt moved to the main list of the Stockholm Stock Exchange. NetEnt is largely considered to be one of the Big 3 when it comes to slot game suppliers, along with the 2 other slot game legends, PlayTech and Microgaming. NetEnt have a vast quantity of games in their catalogue, ranging from classic retro inspired slots to the most up to date, technologically advanced video slots, and it’s this that ensures their widespread popularity.

Despite their massive range of games, their most popular ones are definitely Starburst, Gonzo’s Quest and Twin Spin. But why is this? Starburst was released in 2012, Gonzo’s Quest was released in 2010 and Twin Spin was released in 2013, but their success and popularity has never waned. Many new and more technologically advanced slots have been developed since, but they never replicate the success of these 3 favourites. As these are such popular games, it goes without saying that not only Swedish casinos, such as Mr Green, but also global gambling sites offer these games to their players. These games are the big hitters in most online casinos. However, because of the popularity of their own designs and characters, it can be easy to overlook how well NetEnt have worked on their branded slots.

NetEnt not only design their own ideas and characters, but they also take on famous movies, TV programmes and music bands and create slots based on these. Classic examples of these are the Invisible Man, Aliens, South Park and Guns N Roses slots, to name but a few. These have all become massively successful as they appeal to a wide range of fans of the popular culture. Furthermore, we cannot forget the appeal of the jackpot slots, which never fail to do well for all the obvious reasons. Some slot players play for the experience – going for the classics, some play for fun – going for the branded slots, and others play for the big money – the jackpot. NetEnt doesn’t just do jackpots, it does record breaking jackpots.

The biggest record breaking jackpot games have NetEnts name written all over them, and who can resist this? The progressive jackpot games have a jackpot that just continues to grow and grow until it’s claimed, meaning that the winnings can be astronomical. Games like Mega Fortune, Arabian Night and Hall of Gods see their jackpots grow into millions, and the biggest win in the industry, €17.8m came from NetEnt’s Mega Fortune in 2013, just 2 years after the same game dished out another mind-blowing €11.7 million. Every real money bet made on these games goes into that jackpot, which is why it grown much faster than others.  Mega Fortune is now officially recognised as the biggest payer by the Guinness World Records.  As you can see, NetEnt really has something for everyone where slots are concerned, games that give lots of smaller wins and games that give out the life changers.

Thunderkick are relatively new in the online gaming business compared to iGaming heavyweights such as NetEnt, but that doesn’t detract from their innovative and original offerings. They opened their online doors in 2012, and their strategy has never been about creating the most games, but about creating the most unique games – a quality over quantity strategy. They have never spread their wings to cover table games and other casino games, but have focussed on doing slot game, and doing them well. As a relatively new company, Thunderkick understand the importance of the mobile gaming sector, and as such, their games are created with the mobile player in mind. Their games aren’t just ‘as good’ on mobile, they’re better on mobile.

With just 19 games in their portfolio they rely on the quality to keep their players playing – so what games have they got that makes their players so loyal? Well let’s start with Birds on a Wire, a game that was inspired by one of their developers eating lunch in a café watching birds out the window. The reels don’t look like reels – they look like 3 rows of 5 birds sitting on telegraph wires. When 3 or more birds of the same colour land on a payline, they ‘explode’ on the wires, give you a win and are replaced by new birds with the possibility of another win. When there are no more wins, it moves on to another 3 rows of 5 birds. Visually it’s cute and fun – and completely different to anything that has preceded it. However, you are really waiting for birds to be killed to get your money, so it’s not one for animal lovers! Then there’s Turning Totems, which is inspired by the Mayan culture. The reels are formed as 5 totems with 3 masks each. The totems then turn (hence the name) and you look out for 3 or more of the same masks on a pay line. It has a bonus feature of the Thunder Snake, which makes all the reels Thunder Reels which can activate the wilds and cause some lovely wins. Again, it’s visually unique. It’s fun and quirky and just a little odd.

These are by no means the only Swedish slot game suppliers around. There are some other amazing companies as well. ELK Studios was also founded in 2012 and is becoming ever more popular with its creative and entertaining slots suchas Wild Toro, Sam on the Beach, and its 2 newest games – Hong Kong Towers and Ivanhoe. It is developing quality games and releasing them in quick succession, ensuring its growth in popularity. There’s also Quickspin, w hoagain have focussed their attentions solely on slot games.  Their main priority is attention to detail and specialisation, which creates an unforgettable gaming experience. This attention to detail hasn’t been lost on the industry, being awarded the Software Rising Star of the Year Award at the EGR B2B Awards for games such as Supernova, Big Bad Wolf and Beowulf.

It’s abundantly clear to see that the real superstars of the slot games suppliers are the Swedish. From the big hitting NetEnt, to the quirky and upcoming Thunderkick, they have everything you want – and more. They can be found in virtually every online casino in Europe and beyond, and their reach is just growing and growing.